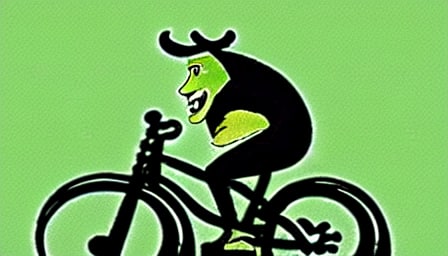 This week we had some Apple announcements, more pieces on text-2-image models (Stable Diffusion), and a worrying piece on the contamination of seas. Let’s start:

Selling the Apocalypse for profit

Nice piece that talks about a recent trend on consumer electronics. A few years ago, Apple used to make adds with people dancing in funny and bright backgrounds. This week, their conference centered around satellite calls on your phone which could be used in the case of an emergency. The article presents the idea that this change reflects the times we are living (and the ones that are coming), where we have more and more uncertainties every day, and the future does not look bright at all. In fact, this is not the first time Apple does something like this. Last January they introduced emergency calls in the Apple watch using a clearly fear-inducing tone.
Anyway, the article seemed like an interesting observation, and it seems to me that more and more companies are going aboard this train, selling stuff to us through our fears. Probably the biggest example I know about are the security firms selling alarm systems for your home, which have been creating the necessity to protect your home from squatters even though the numbers (and Spanish legislation) say that this problem is nonexistent.

Apple used to sell wonder. Now it sells fear, on fastcompany
In Apple’s world, you’ll die without its watch, on The Verge

I have been playing the whole week with Stable Diffusion, and boy it is addictive. I could never manage to fully delve onto DALL·E or Imagen, given the limited access, but this I could set up in less than 10 minutes. The cool thing here is that the broader the access to the technology gets, the more cool staff you start seeing. Take, for example, this application:

Of course, this also has some drawbacks, as such powerful tools could always be used with no moral. Deepfakes to generate misinformation/fake news and distribution of pornographic content without any control are just a couple of the obvious problems that we are already seeing, so the future looks grim in this direction.

Open-source is also a bit of a double-edged sword, as anyone can take it and do whatever they want. The license on the model forbids its use for many nefarious purposes, but at this point, we don’t know what sort of ramifications it will have long term. Looking ten or fifteen years down the road becomes very murky as it is hard to imagine what could be done with a version that was 10x better and ran in real-time.

Since its first descriptions almost 35 years ago, the Great Pacific garbage patch has been a wonderful reminder of how we suck at respecting the environment. Not only it has been getting bigger and bigger, but the origins of the plastics there have been quite telling in pinpointing many terrible practices with respect to our oceans. The study I am sharing today actually goes further in that direction, and shows how most of the plastic there, contrary to what was though before, comes from fishing vessels. Overexploiting oceans + intensive fishing = introducing plastic in every corner of the planet (including our bodies).

A study published on 1 September in Scientific Reports found that up to 86% of the large pieces of floating plastic in the garbage patch are items that were abandoned, lost or discarded by fishing vessels. The finding is counter-intuitive, given that most marine plastic makes its way into the ocean through rivers.

Ocean ‘garbage patch’ is filled with fishing gear from just a few places, on Nature