Autumn is arriving, but we still have some sunlight every now and then. In any case, morning runs below 10º are common already… winter is coming.

Research culture, and how to improve it

Really nice couple articles on how research works nowadays, and which are some of the points we should try to improve to make it a better place. While centered on the field of chemistry and based on UK, I think there are points in common with many different fields all over the world.

How to improve research culture, on chemistryworld

The Horror Short Film In Spider-Man 2

Earlier this week I was talking with some friends and Tobey McGuire name popped up. The conversation deviated and we started discussing which Spiderman was better. I argued that, while McGuire seemed the worst cast to me, but their movies were my favourite. A couple hour later, I was surprised by this video from The Nerdwriter, talking about one of the best scenes of Spiderman 2 (which I think is the best Spiderman movie ever made). Enjoy the decomposition of all the takes, which is super well-done, as usual.

Researchers getting rekt by tiktokers

One of the funniest stories I’ve read in a while. A little bit of context. In the past few years, there has been a growing number of services on the internet to make surveys. While most of the time the objective of those surveys is commercial, researchers on psychology took advantage of it as a way to perform their research in a very effective way. Instead of taking people to the lab, one by one, and making the surveys there, suddenly they were able to do everything online, getting to question many more people in shorter amounts of time (which is nice to make statistical analysis, of course).

The catch here is that usually they pay some amount of money for the time it takes to answer to the survey, so there will always be some people willing to answer tens or hundreds of surveys for a couple bucks. This is exactly what happened to a teen tiktoker, who also posted a short video on the social network showing the amount of money she earned (about 20 bucks). What happened after is that, in a couple of days, researchers found that some of their surveys had a huge demographic change (some of them had been answered with a ratio of more than 90% of female teens). While its a funny story, those studies were compromised and the surveys needed to be taken off the platform.

Moral of the story: learn to code and provide tools to weight/average/take into account your demography.

You can read the full story on the verge:

A TEENAGER ON TIKTOK DISRUPTED THOUSANDS OF SCIENTIFIC STUDIES WITH A SINGLE VIDEO, on the verge

There is a rotten Apple on the basket

There is world outside the Epic vs Apple trial, and this week we have a couple more examples on how the most valuable company in the world operates.

First, on the privacy bandwagon. We already know that privacy is a must for Apple. Unless you live on China. Or unless you participate on their bounty hunt for vulnerabilities and want to get paid.

But there is more. Remember when companies sold just a single product Apple used to make computers, but at some point they started doing smartphones (okay, that’s just a pocket computer), selling music, and producing tv shows on their own platform. You could think that this is a sign of them winning huge amounts of money (and you would be right), and that they are employing many artists, technicians, etc. While this is also true, how can you explain this news airing?

Apple claimed it had less than 20 million TV+ subscribers in July, showbiz union says, on cnbc

The thing here is quite simple. Apple claims that Apple TV+ does not have many subscribers, so based on that number they were able to cut the pay to production crew members in comparison with other streaming services. While the numbers might be true (that is something I don’t know, because they do not make them available), I have problems understanding how can Apple get away with this practice, as if they were not winning money with Apple TV+.

Of course, if you just look at the numbers of the streaming service, they might seem bad (I know less than 5 people using it between all my friends, colleagues, etc.). However, Apple is a company that makes most of their money by selling phones. Also tablets and computers (conventional desktops, laptops, and home cinema based, like the Apple TV). Apple TV+ is just a trinket to catch your eye and make you stay on their walled garden. Even though right now it might not attract many people to buying their hardware, it is clearly an investment, so they should not be able to say “Well folks, we are not winning a lot of money with this, we do not have many subscribers, so you are getting a cut on you pay”.

Of course, they could kill it without saying anything, but I really hope they keep developing hardware and giving people more options on the VR headsets. Right now it seems that the most popular headsets are the ones from Facebook (which I would never buy), so this movement could end up giving more options to a market that has stagnated a bit on the past few years. 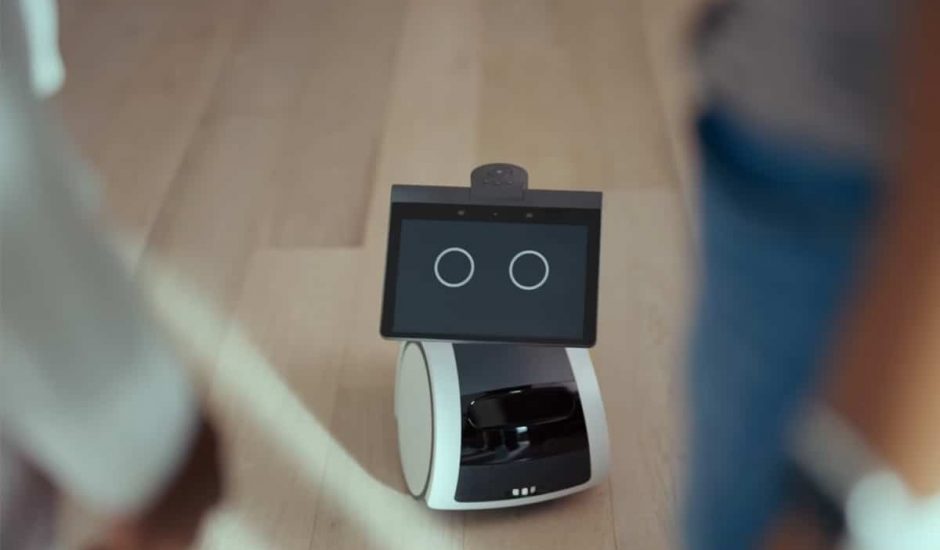 That’s not a robot, Bezos

That’s not a robot, Bezos. And I would never let you put so many cameras on my apartment, by the way. I really liked the second link, talking about how companies have started selling beta access to their products. It really ringed a bell and made me think about how Tesla is beta-testing their cars using public roads, with individuals that have their car and payed a huge amount for entering the autonomous driving program.

Don’t be fooled — Amazon’s Astro isn’t a home robot, it’s a camera on wheels, on the verge

REMEMBER WHEN BETA TESTING WAS FREE?, on the verge

How Tesla’s ‘Self-Driving’ Beta Testers Protect the Company From Critics, on vice

A couple weeks ago I posted some news about how Facebook is behaving (brief reminder: not very nicely). Of course, they got mad and started fighting with the Wall Street Journal, stating that they were publishing fake news. This week the newspaper published their data, just before the Senate of the US holds a hearing about the social network impact. You can take a look in the following link:

Facebook’s Documents About Instagram and Teens, Published, on the Wall Street Journal